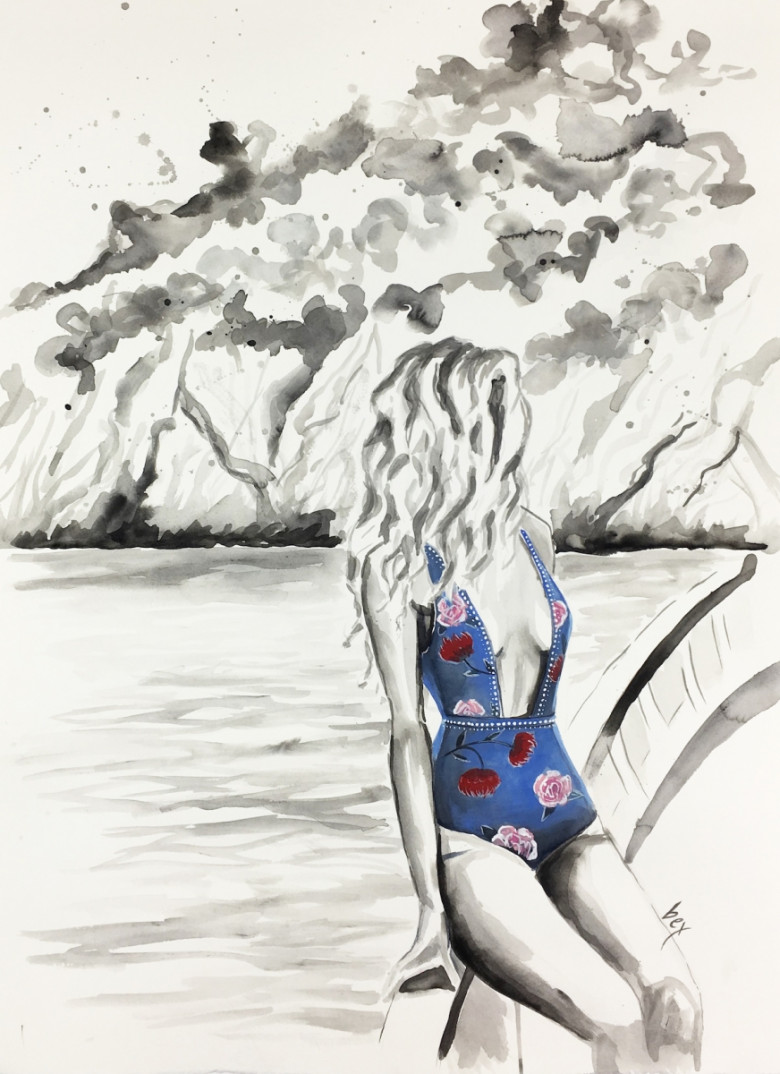 Mono (adj): a monochromic picture, i.e. picture executed in black and white or in varying tones of only one color.

Monokini (n): A mixed media painting series by Rebecca Hinson where most of the image is in black and white except for the one piece (and sometimes 2 piece) bathing suit. Media includes gouache, sumi ink, pencil, gold leaf, and acrylic on thick watercolor paper. 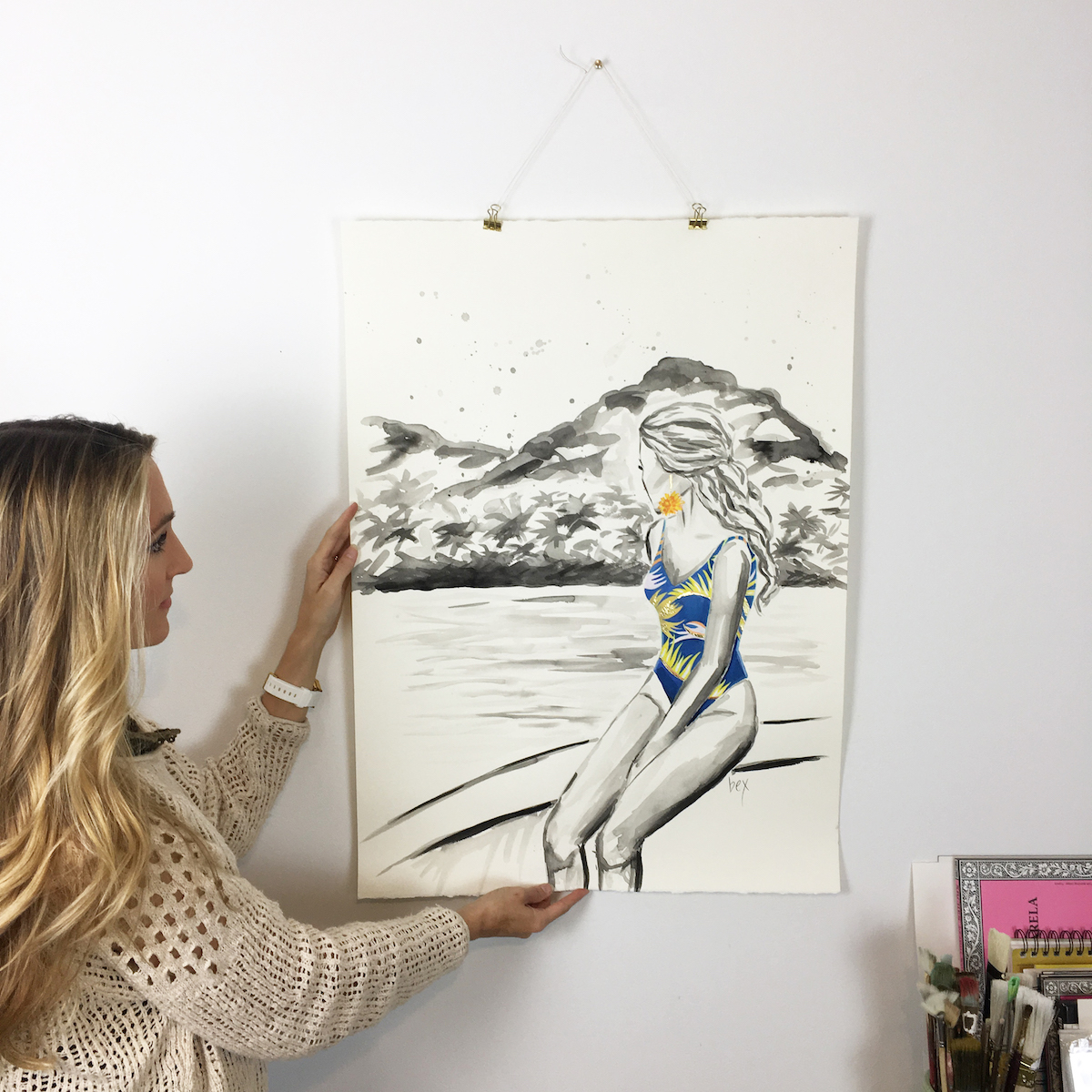 Ok, so that last one is MY definition of a monokini. A monokini is a real thing though. These days it’s generally thought of as a one piece women’s bathing suit. However, when it first debuted in 1964 it was essentially just some bottoms held up by two pieces of shoestring around the neck. So basically it was just going topless. But at the time it was revolutionary and of course quite controversial. 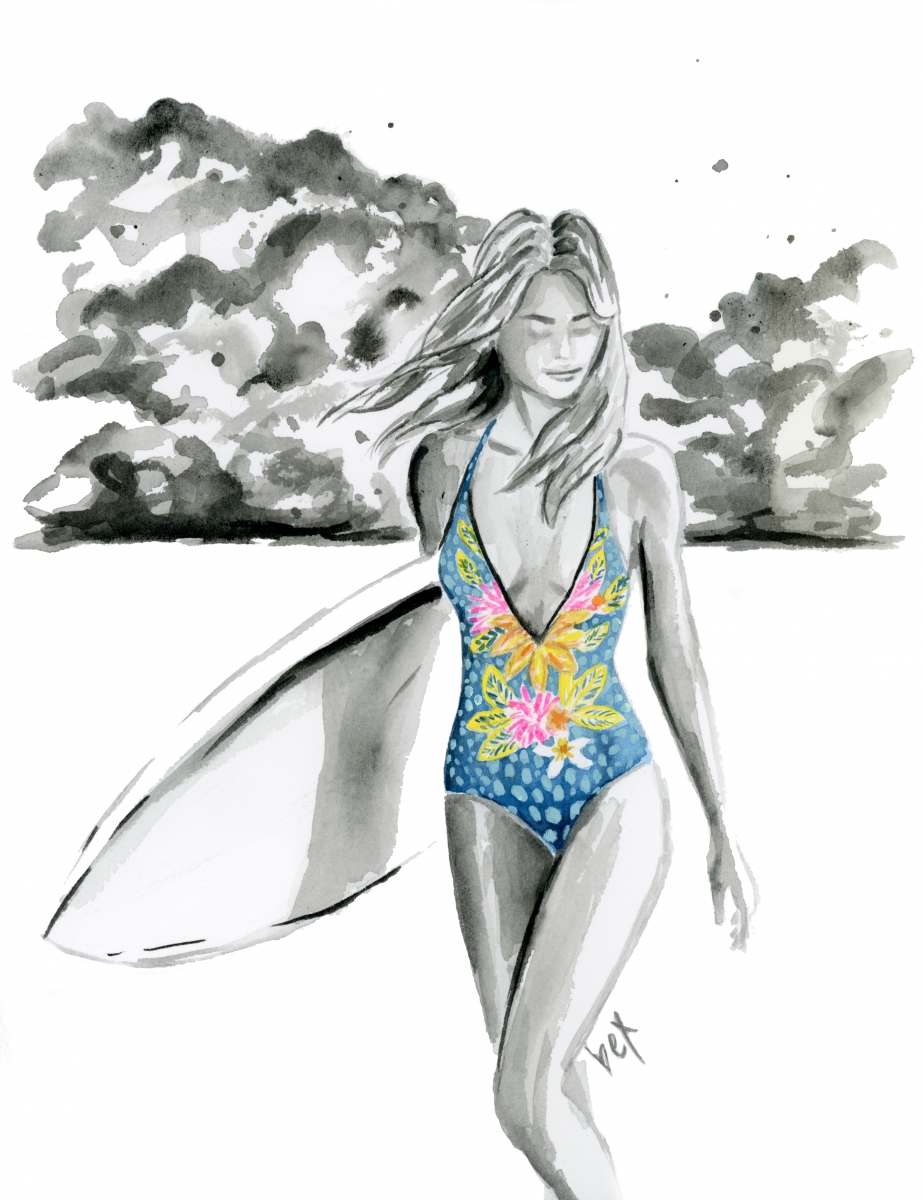 My new series, which merges the monochromatic style of paintings, centers around my love for the water. The paintings focus on females on the ocean. This series especially speaks to me because I am absolutely a water person. Once I saw my older brothers swimming in our grandparents pool I too had to learn how to swim. I was four. Ever since then I've been a fish. Or maybe more like a mermaid, which is exactly what I'd pretend I was while fluttering around the pool with my legs held tightly together (The Little Mermaid came out in 1989 so no wonder)! I'd also place those little rings used for diving around my ankles. My Mema would lounge by the side of pool watching in her big glamorous sunglasses and shout "I'm not coming in after you!" Naturally my response was "I can't drown. I'm a MERMAID", in such a tone as to say, DUH!

Whether by the pool, on a boat, or on a surfboard, water is magical! Simply watching it glisten in the sunlight can conjure up some pretty wonderful emotions. Hopefully, these paintings can do the same! 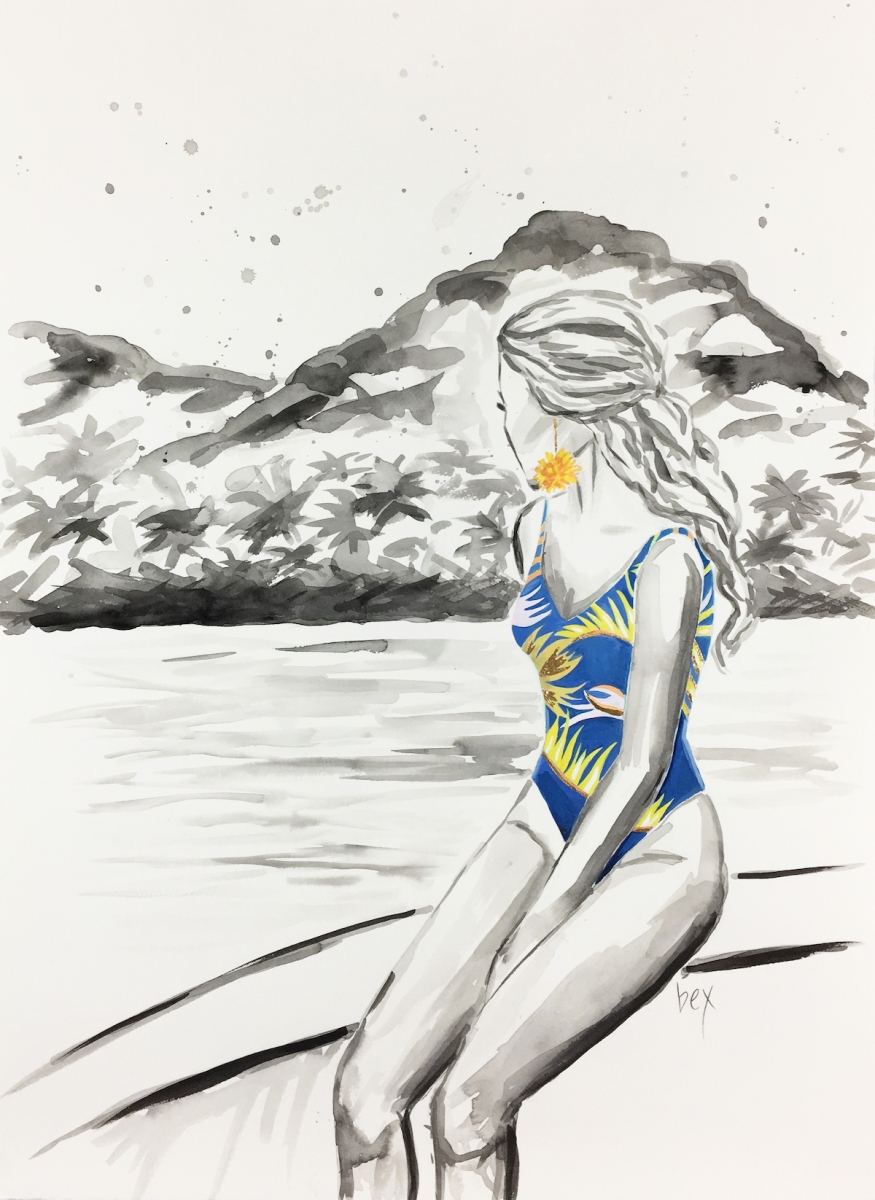 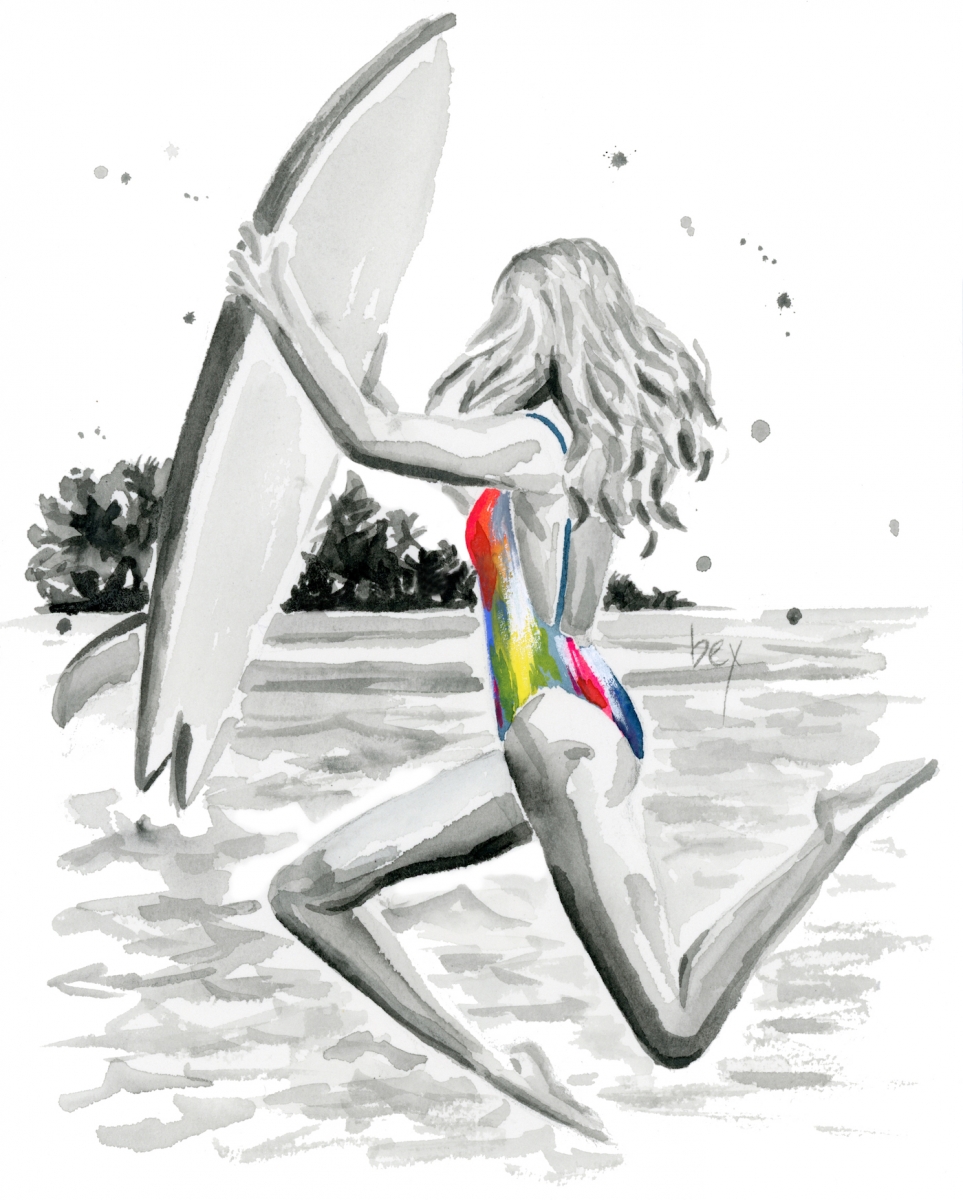